When entering Oplenac, one can see a beautiful building, in the style of an old Serbian house. This is where the Vineyard Keeper’s House used to be. It was built in 1911 as a small house with just the ground floor, when the “Endowment of King Peter I” was built. It was adapted and expanded in 1920, 1929, and 1936. This house used to be a gendarmerie station during the occupation of the Second World War. It got today’s look in the 1970s, when it was made a house with a basement, above which is a doxate, a porch with arcades. On 27 December 1975 the Communist authorities opened the Museum of the National War of Liberation here with a monument dedicated to the mothers and daughters of Šumadija, and the busts of four Partisans from the Oplenac area: Milić Radovanović , Milan Blagojević , Darinka Radović , and Sofija Ristić – by the sculptor Milija Glišić. The Communists only praised their own heroes although it is known today that others too, non-Communists, have given their lives for the freedom of Topola and Oplenac, and Serbia in general. Historians are yet to write a balanced, non-ideological, non-emotional and objective truth about the Second World War and the consequences of the communist dictatorship.

Unknown perpetrators damaged the busts of four Partisans from the Oplenac area in January 1992, and placed explosive at the Museum door. The Museum of the National War of Liberation and its exhibition were closed in 1994, and all the exhibits were placed in the Museum’s depot. 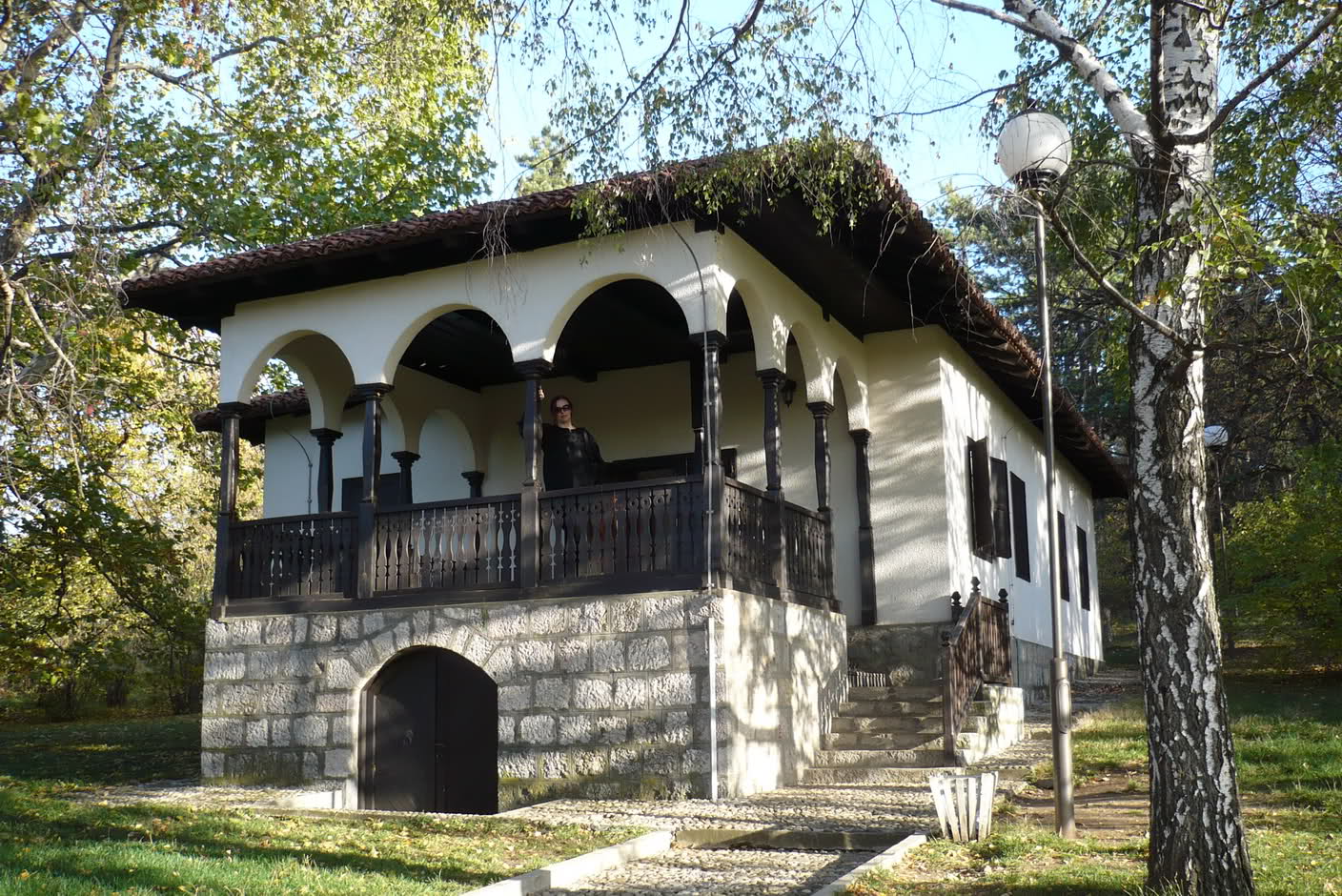 The exhibition “Topola in the National War of Liberation” was a one-sided, distinctively ideological representation of the events during the occupation of Topola (1941-1944). The new exhibition is planned to be opened in a more appropriate space and to give a complex account of the events, people and facts, from the objective standpoint, without ideological bias and one-sidedness, encompassing Topola region people’s struggle for liberty in the period from the end of the First Serbian Uprising (1804) till the wars of the last decade of the 20th century. As a poet said, it would take a sheet of paper as big as the sky, to describe all the tragedy and heroism of that struggle.

The impressiveness of the testimonies and the messages of the exhibition which is being planned, will for all time express the spirit of liberty of the people and prominent individuals of Topola region, that took under its wing the combatants from all parts of the country, whose sons and daughters selflessly laid their lives in battles all over Serbia and former Yugoslavia. This region is like a perennial fountain of the spirit of liberty, for freedom is only one, as it is well-known there.

The Vineyard Keeper’s House today hosts a permanent exhibition: “The Legacy of Nikola Graovac”. This distinguished Serbian painter spent the last three decades of his life in Topola. Creating in his art studio, in a house which is on the very “border” of the Endowment Compound at Oplenac, there came to light hundreds of pieces of artwork, which are present in various collections in the country and abroad. He was a great donor and humanist, and gave many of his works to various museums, art galleries and institutions, mostly to the “Endowment of King Peter I” at Oplenac.

It was his wish to establish his Legacy within the Endowment. He died and was buried in Topola in 2000. Respecting his wish, his family donated to the Endowment 38 oil on canvas paintings and 15 works of applied art, which Mr Graovac collected. In 2005, the Vineyard Keeper’s House was adapted to an art gallery, and since August 2005, it contains a permanent exhibition “The Legacy of Nikola Graovac”.